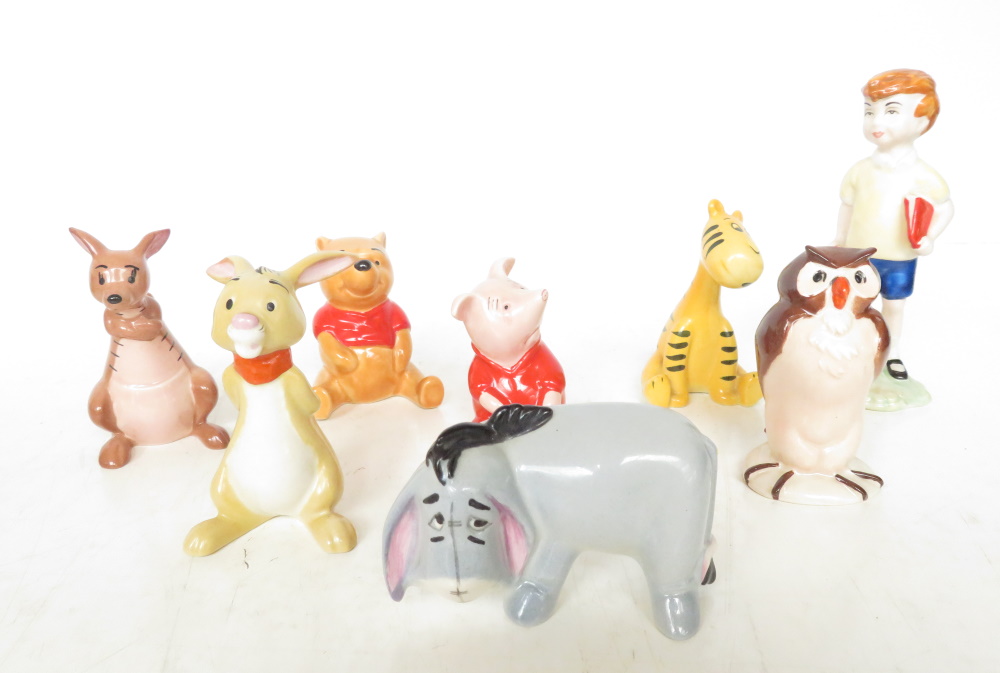 The Walt Disney Beswick Winnie the Pooh figures are a lovely looking set. There were eight figures in the main set including all the main Winnie the Pooh characters including: Pooh himself; Piglet; Owl; Eeyore; Kanga; Tigger; Rabbit and Christopher Robin.

The figures have been released with different backstamps over time.