Guests attending the D23 Expo 2017 at the Anaheim Convention Center from July 14-16 can celebrate the joy and magic of Disney history with specially curated “Throughout the Years” collections at the Disney Dream Store. These merchandise collections will celebrate key milestones at Disney Parks, such as the Pirates of the Caribbean 50th Anniversary, Space Mountain 40th Anniversary, Epcot 35th Anniversary, and Star Tours 30th Anniversary. I recently spoke with Richard Terpstra, Graphic Designer with Disney Consumer Products and Interactive Media Creative Group, about creating four spectacular posters which served as the foundation for these collections. 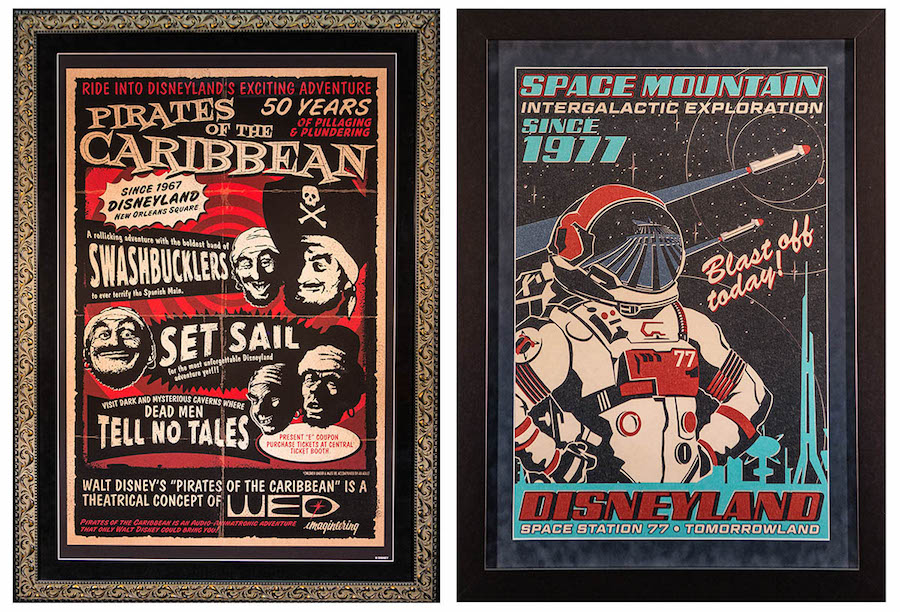 “My Creative Director Doug Strayer and I loved working on this project for the D23 Expo as it celebrates some of our guests’ most beloved attractions and places at Disney Parks,” explained Richard. “One of my favorite parts of this project was collaborating with the Walt Disney Archives to obtain archival reference imagery. We used some of those images in the designs. Each poster has a unique art style inspired by a particular time period. We took elements from each poster to create an overall style guide which our merchandising partners referenced when creating the product assortments.” 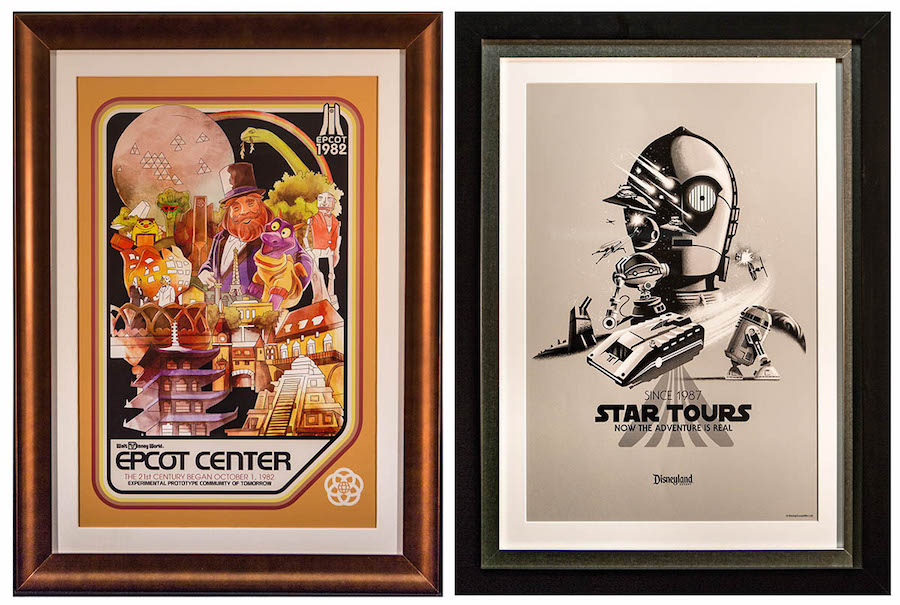 Richard drew inspiration from vintage drive-in movie posters and advertisements from the 1960s for the Pirates of the Caribbean poster.

For the Space Mountain image, Richard partnered with Character Artist Dave Holbrook to create an image that is filled with 1970s futurism mixed with vintage travel posters from the 1920s. 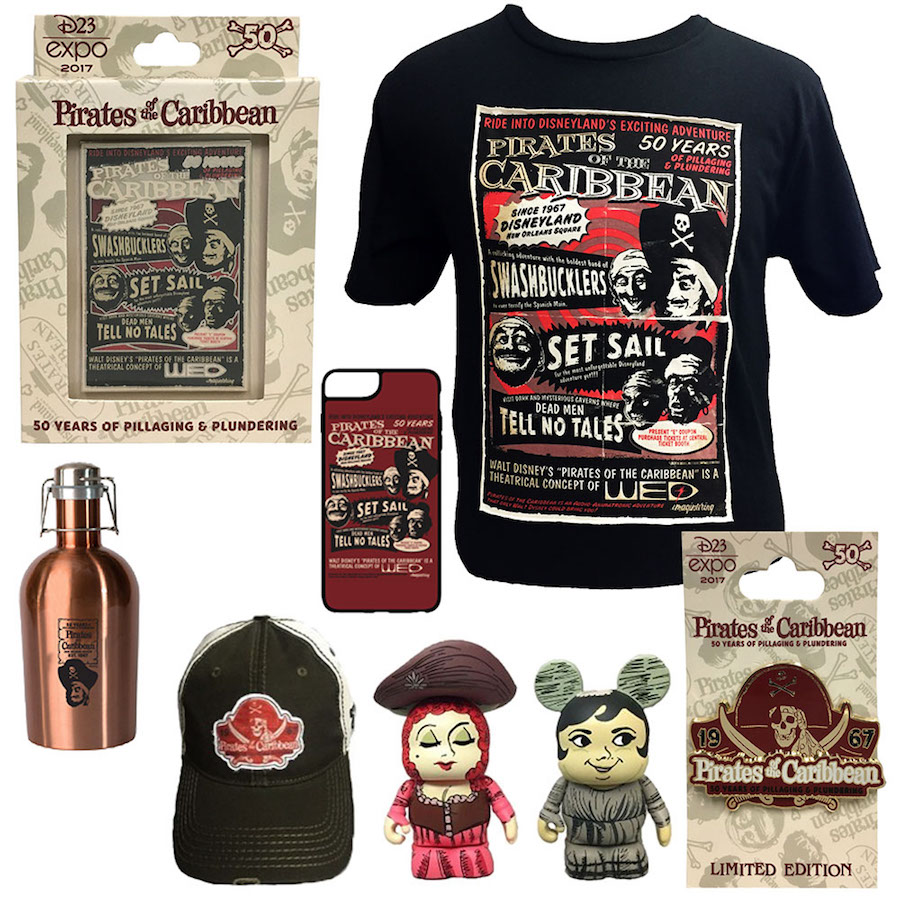 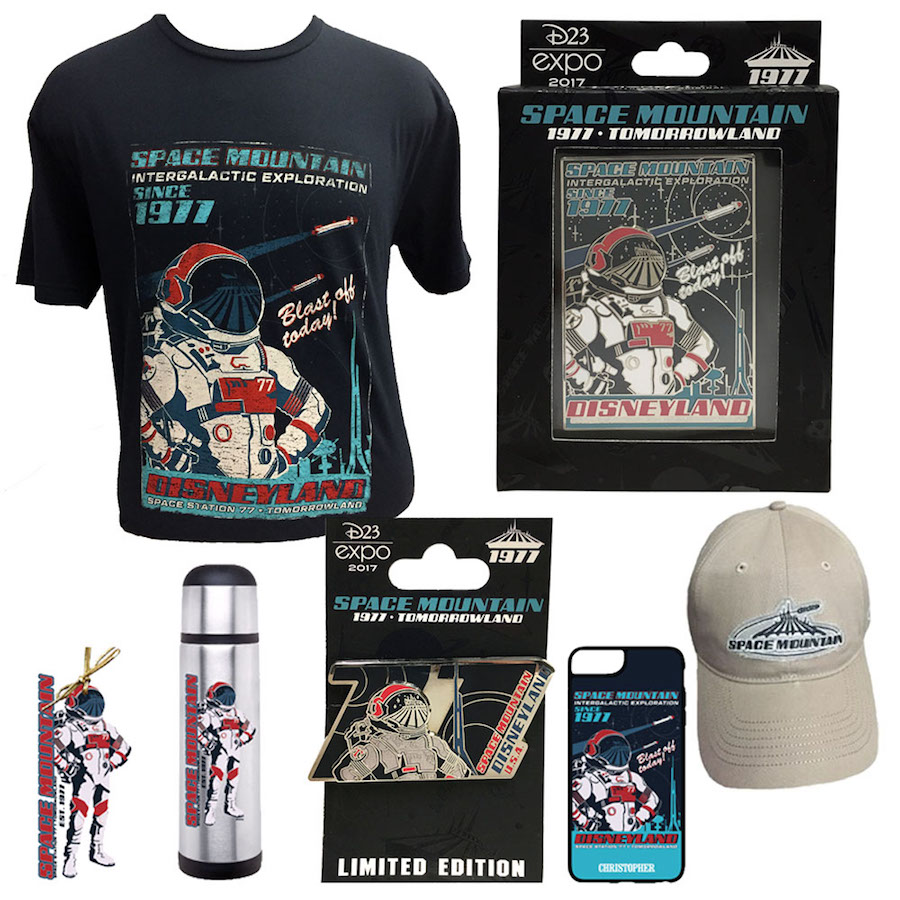 Each image will be sold as an oversized tubed poster and a framed giclée. Guests visiting the Disney Dream Store will also find apparel, headwear, drinkware, ornaments, and more. 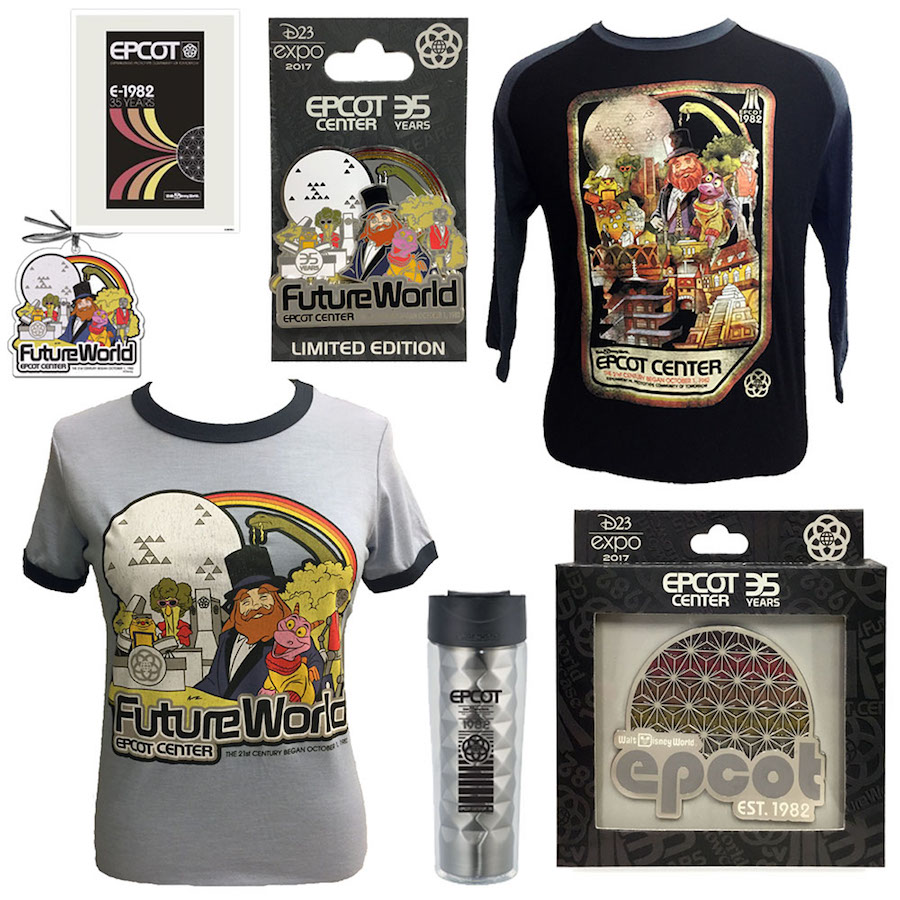 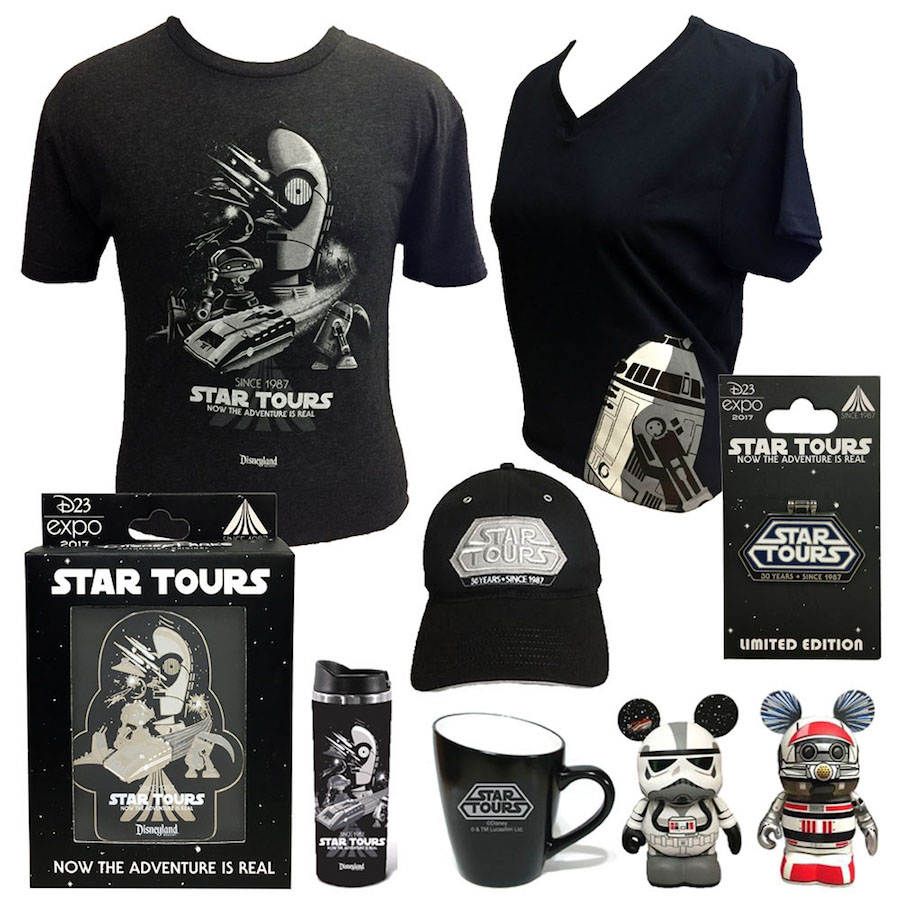 We will also release limited edition pins for each milestone. The individual pins will have edition sizes of 1,000 each, while the jumbo-sized pins will each have an edition size of 500. Guests may also find Vinylmation Eachez figures inspired by Pirates of the Caribbean and Star Tours.

Look for additional previews from the Disney Dream Store in the coming weeks. You can discover the latest D23 Expo 2017 news by visiting D23expo.com.