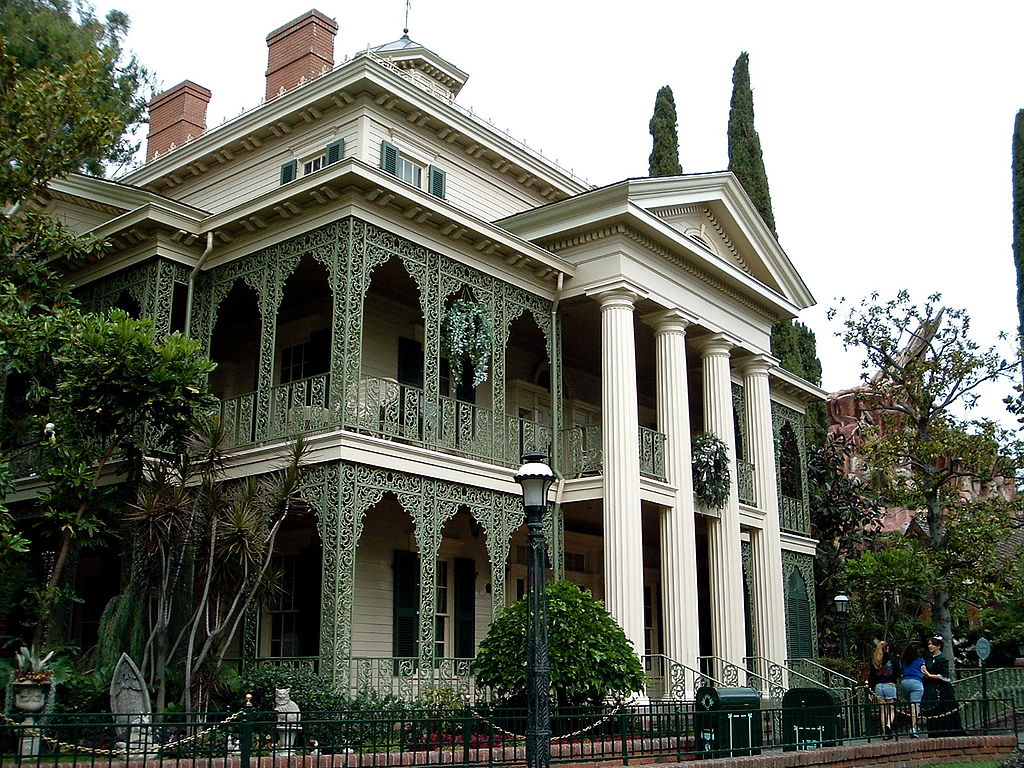 Walt Disney was very involved in the development of the Haunted Mansion ride. He was inspired by the haunted house style of architecture and wanted to create a dark ride that would take passengers through a haunted mansion. He was also very interested in creating a new type of animatronic that would be used in the ride.

The first Haunted Mansion ride opened on August 9, 1969 at Disneyland. It was an instant hit with guests and became one of the most popular rides at the park. The ride was so popular that it inspired a second version of the ride to open at Disneyworld in 1971.

The Haunted Mansion at Disneyland Paris is different from the other rides because it is based on the 2002 movie of the same name. The ride has a different ending, and includes characters from the movie such as Madame Leota and the Hitchhiking Ghosts.

The Haunted Mansion at Tokyo Disneyland is based on the Disneyland version, but has some unique features. For example, there is a section of the ride where riders can see outside of the mansion and into the “Stretching Room”.

The Haunted Mansion at Hong Kong Disneyland is also based on the Disneyland ride, but includes some Asian elements. For example, one of the ghosts is based on the Chinese legend of the Hungry Ghost Festival.

One of the most interesting aspects of the Haunted Mansion ride are the characters that guests encounter. There are 999 ghosts in the mansion, and each one has a unique story to tell. Some of the most popular characters in the ride include:

Madame Leota – This spirit is featured in the attraction’s seance scene. She is a medium who helps guests contact the spirit world.

The Hatbox Ghost – This character is based on an urban legend, and is said to haunt the Disneyland ride. He is notable for his hat, which appears to be levitating on his head.

The Hitchhiking Ghosts – These are the ghosts that guests see in the ride’s finale. They are said to hitchhike their way into the afterlife.

The Bride – This character is seen in the attic of the mansion. She is a ghost who is searching for her lost husband.

These are just some of the many characters that guests can encounter in the Haunted Mansion ride. Each one has a unique story, and helps to make the ride an enjoyable experience for all.

The Haunted Mansion ride is also known for its songs and music. The attraction’s theme song, “Grim Grinning Ghosts”, is one of the most popular songs in the ride. It is sung by a chorus of ghosts, and sets the tone for the rest of the ride. The song was written by Xavier Atencio and Buddy Baker, and is sung by Thurl Ravenscroft. The song is about the ghosts that live in the mansion, and how they are always happy to see new visitors.

Other popular songs in the ride include “The Unbirthday Song”, “Hurry Back To The Graveyard”, and “Poor Unfortunate Souls”. These songs are sung by the characters in the ride, and help to create a fun and festive atmosphere.

The music in the Haunted Mansion ride is also very popular. The ride’s soundtrack is full of spooky and eerie tunes, which help to create a truly haunting experience.

In 2003, a film adaptation of the popular Disneyland ride, The Haunted Mansion, was released. Starring Eddie Murphy, the movie follows businessman Jim Evers and his family as they get caught up in the supernatural goings-on of the mansion. Though not particularly well-received by critics, the film was a box office success, grossing over $182 million worldwide.

The film follows businessman Jim Evers and his family as they get caught up in the supernatural goings-on of the mansion. The family is hired by Edward Gracey to investigate the mansion, which is rumored to be haunted. However, once they arrive, they find that the rumors are true and they are soon trapped in the mansion by ghosts. Jim must find a way to save his family and escape the mansion before it’s too late. Along the way, he discovers the secrets of the mansion and its resident ghosts.

A new movie is being planned and Disney fans are hoping for a better story and adaptation.

All the rides at Disney are reviewed regularly and the design and decor are always being looked at by the Disney Imagineering team. In 1971, the Haunted Mansion was updated with a new ending, in which the ghosts help guests escape from the mansion. In 1972, an audio-animatronic spider was added to the ride. A new regular event is the Haunted Mansion Holiday and the ride being influenced by characters from The Nightmare Before Christmas.

Over the years, the Haunted Mansion has only grown in popularity. It has been featured in numerous films and TV shows, including an episode of The Simpsons. The ride has also been referenced in countless pieces of pop culture. Even if you’ve never been to Disneyworld, chances are you’ve heard of the Haunted Mansion.

Today, the Haunted Mansion remains one of the most popular rides at Disneyworld. It is a must-do for any visitors to the park, and its legacy as an iconic Disney ride is sure to continue for many years to come.